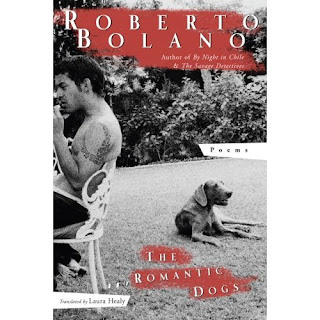 The first book of Roberto Bolaño that I have read was The Savage Detectives. I was impressed with a book review of it that I asked C., a friend of mine, to hunt me down this book of Bolaño in


Bolaño stretches the novel form to accommodate his fatalistic vision of men as self-destructing and destructive creatures. At the center of 2666 is the deployment of a brute force method of writing, to describe a series of murder reports on the violence inflicted against hundreds of women in the City of in . The gruesome mass-murder and rapes are based on the actual events in Ciudad Juárez, Mexico. The book unflinchingly depicts the graphic violence and its horrid details.


To see evil in the eye then, “amid blood and mortal wounds and stench,” is Bolaño’s abiding and dangerous preoccupation here. His poetic licence is devoted to the annulment of human complacence through numbness and a numbing experience of reading in discomfort. We are the missing witnesses of these heinous crimes and our testimonies are direly needed. It is cruel. It is offensive. And most important, it is human.


Horror is not the sole feature of the book. There are many facets to it that will feed a lot of bookish readers. Comedy is also present. It is potent and, well, comic. There are passages to incite horror, and forgiving passages to assuage the tedium. Sympathy, most of all, is not lacking. It is sympathy, tolerance, and human understanding that lift Bolaño’s book from the ruts of storytelling. It is the perennial absence of goodness that makes it more conspicuous. Albeit distributed in small measures, comedy and goodness functions like the lost poetry that is still remembered in the recesses of the mind.


In this matter, 2666 is comparable to The Savage Detectives whose non-inclusion of the characters’ own poems seems like an insidious joke. There are only three or four poems quoted in The Savage Detectives and the way they are delivered is probably timed to provoke a hoot. The first is a poem by Octavio Paz called “The Vampire,” after the reading of which, the narrator of the story couldn’t help to jack off. Another is a poem in French attributed to Rimbaud. The only "original" work in the novel is hardly a poem. It is a visual curiosity composed only of squiggles and lines. The joke, well-calculated, implies that surely there is really something serious and postmodern going on behind those lines.


Poetry in absentia functions like the hidden talisman that interprets everything that is lacking in The Savage Detectives. Poetry won’t save the world. And there is no indication yet that it can prevent the characters (and the readers) from completely becoming savages. 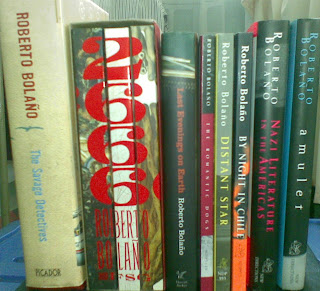 Which brings us to The Romantic Dogs, Bolaño’s first collection of poetry. This is a collection of nearly two decades of poems from 1980 to 1998. The translation into English is by Laura Healy and it came out last year. There are forty-odd poems presented in a bilingual edition, which makes it more transparent for Spanish speaking readers to deduce meanings that are otherwise lost in translation.


Bolaño was first of all a poet before branching out as a prose writer. This forced change in literary form was motivated by the practicalities of the writing trade. His stature as a novelist has somewhat eclipsed his outputs in verse. Despite the forced division between the two, the continuity in his literary projects can be viewed as occupying its proper niche. Whether in free verse or in free indirect style, his distinctive voice is heard in suspense. He may have articulated in The Romantic Dogs, for example, what his other poet-characters might have uttered in their romantic dreams.


The first poem, the title poem, speaks of a dream won by the poet, aged twenty, after having just “lost a country.” It announces a calling, presumably a poetic one, and hints that this collection will be autobiographical and will chart experiences of “growing up” which “back then … would have been a crime.”


The poems are about ceaseless and aimless wanderings, encounters with friends and lovers, casual sex, poverty, isolation, and dialogues with established poets. The existential baggage is delivered through the oblique telling of the anecdotes and loves of the twenty/twenty-something poet. The idealism and innocence of youth are being tested.


It is notable that the poet’s efforts at a conscious artistry, for such a highbrow subject as poetry and a dangerous calling as living on the edge, is peopled with individuals coming from low standing (prostitutes, vagrants, homosexuals, emigrants, and exiles), lowlifes who in their pathetic fates and decadence are pictured sympathetically in poetry even as they also took centerstage in the novels. Clearly the inner workings of Bolañoland are metaphorical identifications with the oppressed and their progress in this hostile civilization.


The backdrop of the poet’s romances is the dark undercurrents of history (Nazism, dictatorship, torture, kidnapping), which is often likened to a horror movie. The escape is often through sexual trysts but the comfort they bring is ephemeral, sometimes fake, and oftentimes they do not really bring comfort at all.