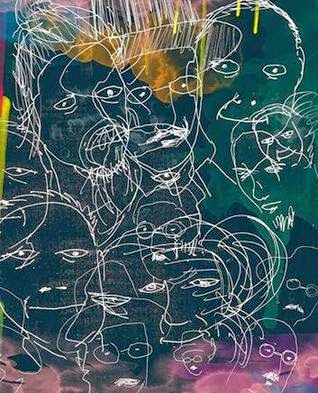 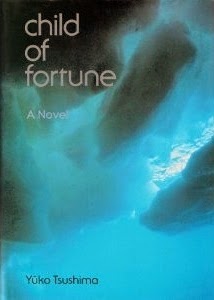 By all indications Child of Fortune, the first novel of Tsushima Yūko, was a realist novel of domestic matters. It centered on Kōko Mizuno, a divorced single mother who had had complicated relationships with two men: her former husband Hatanaka and her former lover Doi who was married to another woman. Lately Kōko had sexual relations with Hatanaka's friend Osada.

The realism of the main character's travails as a husbandless woman was complicated by her constant examination of her failed relationships. Her many detours into the past expanded her story, and the reader gradually became acquainted with her independent outlook in life. Sometimes her memories could be disturbing even as they betrayed her present anxieties:

Doi had once told her about seeing some deformed babies in glass cylinders. He was shown them by a friend who worked at a university hospital. Some twenty cylinders, about twelve inches high, were arranged on shelves. The surfaces were kept very clean. Inside floated the whitened bodies of all kinds of babies. Some were staring wide-eyed from behind the glass. All of them, Doi had said, looked very much as though they'd forgotten they were in glass jars and were still intending to be born.


This memory proved to be ironic, given the fact that Kōko, at thirty-six years of age, was apparently pregnant once again. This realization opened wide the floodgates of her memories as she carefully analyzed what her life amounted to so far. The regret she felt that Doi was not the father this time. The decisions she made that estranged her from her sister. Her increasingly difficult relationship with her daughter Kayako who was about to enter secondary school.

Despite the seemingly calm and harmless surface of the novel and its prose, there was an undercurrent of malignity in it. As with Tsushima's stories in The Shooting Gallery and Other Stories, written at around the same time as this novel, her prose was simple and unassuming and hardly intellectualized. The stream of consciousness of her protagonists was built not only on shaky memories but also on unfounded assumptions such that the question of the reliability of their narratives was already moot. The free consciousness of Tsushima's characters was what made their narratives interesting. They were intelligent characters who were prone to over-analyzing their situations. In this case, situations that involved the men in Kōko's life: her lovers, her own absentee father, and her deceased retarded brother. Even Kōko's descriptions of her sexual encounters with Osada bordered on the comical, a careless balance of lust and wit.

Kōko's narrative was framed as a journey into self-discovery and yet it meticulously mapped a pregnant woman's mental and physical conditions. Her resolve not to have an abortion and to raise the baby herself eventually hardened.

Thickly muffled in weariness, she was glad she would soon slip into the same routine. From now on she would think of nothing but her womb. She would get plenty of sleep, plenty of nourishment, think of names, and prepare baby clothes. This time she wanted to give the baby all the loving she could. This time, there would be no regrets. Just as long as the baby came safely into the world, she didn't care if she, the mother, were left an empty shell. Her child would feel proud to be alive if he knew how intently his mother had awaited his arrival. She promised him that much, regardless of what kind of future she would be able to give him. He might be born terribly handicapped, but that mustn't stop him growing up proud. Let him grow up arrogant and ruthless, she thought, with Kayako and me to watch over him. Especially if he's retarded like my brother. No one is going to force him to live in servile deference to other people's wishes.


The freedom that Kōko experienced as a pregnant woman at an advanced age, in a Japanese society transitioning toward liberalism and modernity, was the freedom she wanted for her unborn child where "no one is going to force him to live in servile deference to other people's wishes." Her choices in life defined her life. Kōko herself was the titular child of fortune, not her daughter, not the one in her womb.

I know I've been stubborn—but not about Kayako alone. All my life, though often I haven't known which way to turn, I have managed to make choices of my own. I don't know if they were right or wrong. I don't think anyone can say that.

One thing, though, was certain: that she had never betrayed the small child she'd once been; the child who had pined for her brother in his home for the retarded; the child who had watched her mother and sister resentfully, unable to understand what made them find fault with her grades, her manners, her language. And she was not betraying that child now, thirty years later. This, she had always suspected, was the one thing that mattered. And although she was often tempted by a growing awareness of the "proper thing to do" once Kayako was born—not only in the harsh advice she was constantly offered by others, but within her own mind—in the long run her choices had always remained true to her childhood self.


Her "fortune" was in being wise. Her wisdom was gained from experience. In her careful delineation of the psychological (and physiological) aspects of Kōko's pregnancy, Tsushima founded an alternate reality where various scenarios were already erected and accepted as true. This was how imagination, how fiction, built alternate realities.

Most bewildering of all, these two things had both been real, and both at the same time. Neither was a figment, nor a fleeting image. She'd believed, in spending her time the way she did, that this reality was the only one there was ... But when had she split in two? She didn't know....


This foundation of alternate realities within a domestic, realistic narrative fabric became a signal element in Tsushima's fiction, already present in her early stories and in her latter novel Laughing Wolf. In this regard, her first novel was reminiscent of the novella The Black Swan (1954) by Thomas Mann, the story of a woman whose medical condition was supposedly triggered by her sexual expectations. The major difference was that Mann's female protagonist died tragically while Tsushima's Kōko – symbolically depicted as a drowning woman through the recurring images of water and beach in the book – had a chance to escape the quagmire and reach the surface.

She was lying on the bottom now, she decided, and there was only one direction from here: toward the surface. She must survive till she reached it, whatever happened; right now she must nurture the energy to carry her there. Her position reminded her of a shriveled fetus afloat in a glass cylinder of clear culture medium.


For the Japanese Literature Challenge 8 by Bellezza and January in Japan by Tony. With thanks to the translator, Geraldine Harcourt, for a copy of this book and another novel by Tsushima. 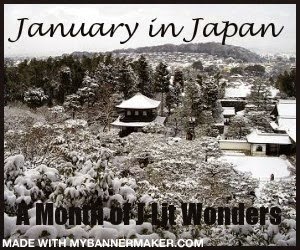