My reading choices lately had been pretty much insular. For various reasons, I became interested in local (Philippine) literature in English and Tagalog. There's a very practical reason for this. The books were simply what's readily available and accessible to me in bookshops. Also, the postcolonial and postwar orientation of the books I've sampled was of great interest to me. I managed to make good headway on my two reading lists: the best Philippine novels of the last century and Filipino novels in English translation.

A subjective and flawed exercise, this singling out of books. Yet the obligatory post is quite enjoyable to write, if only to relive each specific reading experience, the beautiful flaws and obvious artifice of a well-made fiction. I selected eight novels as favorites this year. My only complaint about them is their ugly covers. 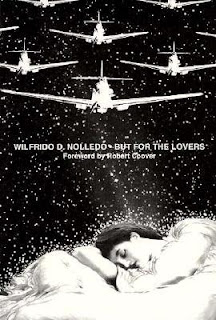 I probably have not read a finer Philippine novel in English in But for the Lovers by Wilfrido S. Nolledo. First published in 1970, it became extinct until miraculously resurrected in 1994 by Dalkey Archive Press. It is a fountainhead of creativity [not in any Ayn Rand sense, God forbid]. Surreal and savage scenes are interspersed with scenes of great hilarity and profundity. The large, multi-national cast of characters floats in a state of dreaming, half-waking, or in-between. The wartime set-pieces unravel in magical fashion. It's a powerful work of postcolonial perversity. Hyperbole does not give it justice. 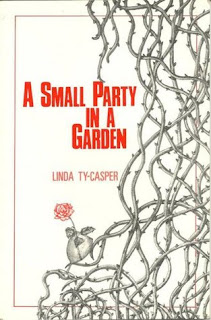 After attending a party in a garden among socialites, the executive assistant of Imelda Marcos visited her estranged father. They argued about politics and the hot issues of the day. The father is a fervent critic of Marcos, the daughter does not care. In the end, both will be implicated in the New Society.

Linda Ty-Casper is perhaps the best living novelist from the Philippines, the one most deserving of winning the Nobel Prize for Literature. (F. Sionil José -- the supposedly best bet of this country -- simply does not cut it for me.) She had a rather cruel vision of failed history in A Small Party in a Garden (1988). In this short novel, the intersection of domestic personal conflicts with fractured official histories is narrated with uncompromising irony. In one unpleasant episode in the novel, historical forces, military and male, simply shatter and belittle any human effort for decency. A political novel that slaps the face of anyone who kept silent (i.e., almost everyone) during the Marcos regime.

The Hand of the Enemy (1962), the only novel written by Kerima Polotan, is a postwar novel of social corruption that anticipated the political stagnation during the years of dictatorship under Marcos. Herself a Marcos crony, Polotan is redeemed not by the probity of her characters but by their failings. There is an almost metaphysical representation of chance fate as the enemy, whose iron hand is a specter not to be trifled with. And yet the shadow of a false prophet leading his followers to perdition haunts these pages, like the would-be dictator. And like Linda Ty-Casper, the ardent anti-Marcos, Polotan the Marcos sympathizer makes palpable a very human, and evil, design in the institution of marriage and in the political structure of government. 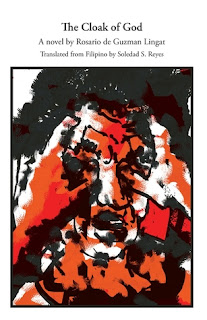 The Cloak of God (1975) is the best of the three novels by Rosario de Guzman Lingat finally brought into English in recent years by her indefatigable translator and champion Soledad S. Reyes. Like The Hand of the Enemy, it analyzes corruption and degradation of spirit through its duplicitous main character, Felino Paras, a theater actor who accidentally became a religious leader. It has a parable-like quality in its treatment of religion as a source of salvation for the gullible masses, easily manipulated by the perfect performance of an actor who secretly lived in sinfulness and depravity. Maestro Felino perpetrated a massive fraud by brilliantly playing a double life, by naturally acting out the role of a religious leader. It is a role the artist is born to play. Wearing the cloak of God is the character's, as well as the novel's, performative act. And in the second act of the play, she will again subvert her own performance by switching roles and switching genres. 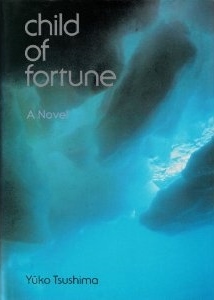 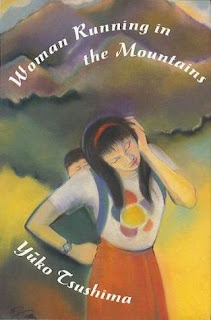 I couldn't readily decide which of the two novels by Tsushima Yūko I read this year to include in this list. Woman Running in the Mountains (1980) almost edged out Child of Fortune (1978) in terms of which mystified me the more. But the two are sister novels, both majestically translated by Geraldine Harcourt. There's a continuity in their themes and preoccupations. Both are portraits of an unwed, expecting woman in Japan, circa 1970s. The delicate progression of scenes in these novels reveals a portrait of an immediate family and a society almost unfit for bringing up children. Through challenges in their work stations and family relations, Tsushima's protagonists discovered small personal triumphs against personal doubts and insecurities. Her almost realist narratives are deepened by tensions arising from a wayward metaphor or a stray scene, a simple recollection or a brutal dream. Tsushima is a fixture in this blog and for good reasons. 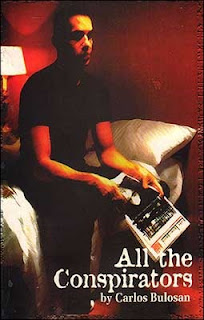 All the Conspirators (1998) is Carlos Bulosan's posthumous detective novel, published 42 years after the author's death after being discovered among his papers. It exposes the deplorable actions of persons who collaborated with the Japanese enemy during the war and who betrayed their country and fellowmen in exchange for wealth and comfort during the Japanese occupation. This entertaining novel is accessible, full of action, and a fast read. But on the serious side, it provides a damning portrait of traitorous characters who sold out their souls by informing on freedom fighters. They are always waiting in the wings, these frigging collaborators. 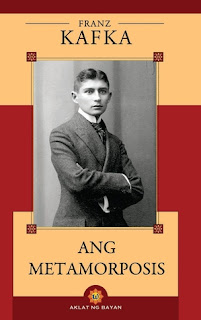 And then there's this infamous 1915 Kafka story of magical transformation, Ang Metamorposis, in a recent Filipino translation. This is magical transformation in a cruel, terrifying way. The pathetic and noble struggle of Gregor Samsa against unjust power structures at work and in society is a reflection of the continuing class struggles of wage workers. A Marxist interpretation of the Kafkaesque may be inevitable, especially as it dramatizes how capitalism reduces the nuclear family to financial relations.


That's it for the year round up. Been a great year for badass reading.