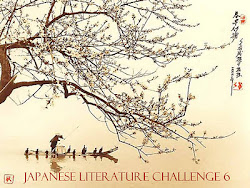 Set in the perennially snow-cold region of western mainland of Japan, Snow Country features one of the coldest characters in fiction. Shimamura is a wealthy Tokyo-based gentleman who from time to time visits a mountain hot spring and his geisha lover Komako. He only appreciates the beauty of nature and culture (music and the art of Chijimi weaving), and his carefree aristocratic attitude cannot conceal his insensitivity to other people’s emotions. However much Komako expressed her deep feelings for him, Shimamura does not reciprocate. As the story progresses, Shimamura’s snow-like passivity and Komako’s fiery love intensify.

The novel is an evocation of “inexpressible beauty” and passionate human nature. This is achieved through an ecological aesthetic that relies on a powerful sense of place and culture. Kawabata Yasunari describes landscapes and gestures with the pithy ruthlessness of a haiku poet, imbuing words with lyricism and care. The insidious cold is effectively evoked through the inhabitants’ clothes (mountain trousers), skin (reddened and cracked), and comportment. The ecological and cultural values are woven into the fabric of the prose.

It was clear, from the familiar way she had talked to the station master the evening before and from the way she wore “mountain trousers,” that she was a native of this snow country, but the bold pattern of her obi, half visible over the trousers, made the rough russet and black stripes of the latter seem fresh and cheerful, and for the same reason the long sleeves of her woolen kimono took on a certain voluptuous charm. The trousers, split just below the knees, filled out toward the hips, and the heavy cotton, for all its natural stiffness, was somehow supple and gentle.


Culture and arts seem to embody the harsh cold environment. As with his later novel The Old Capital, Kawabata appears to be delineating the relationships between man and woman and nature. Harmony with nature is the desirable objective; love is most desired. The way the samisen string instrument sounds, the powerful way of playing it, can be dictated by a clear sky over snow.

“The tone is different on a day like this.” The tone had been as rich and vibrant as her remark suggested. The air was different. There were no theater walls, there was no audience, there was none of the city dust. The notes went out crystalline into the clean winter morning, to sound on the far, snowy peaks.
Practicing alone, not aware herself of what was happening, perhaps, but with all the wideness of nature in this mountain valley for her companion, she had come quite as a part of nature to take on this special power. Her very loneliness beat down sorrow and fostered a wild strength of will.


Kawabata’s writing is a delicate balance between expressing overwhelming beauty and containing it. The novel suggests that both the purity of art and the ability to master one's self can be derived from and conditioned by nature. One's destructive feelings, however, get in the way of fully achieving the harmony between human beings and nature. Although Shimamura's coldness does not hinder him from appreciating the traditional arts of weaving and samisen music playing, his disengagement from other people and his shallow intellectual curiosity are probably sufficient causes for his "estrangement" from nature.

In this novel in which the souls of the characters seem to be blanketed in snow, love is unrequited. “Do you understand how I feel? ... If you understand, then tell me. Tell me, if you see how I feel”, Komako at one point implores Shimamura. The question reveals the gulf between two different persons.