South of the Border, West of the Sun (Murakami Haruki) 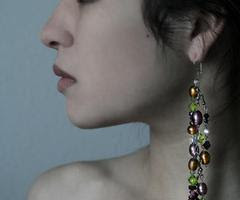 The story, a love story, is simple. A boy fell in love with a girl. Many years later, when the man was already married, they met again.

I usually hate Haruki Murakami's fiction. The flatness of his characters, the cheesy self-help quotes, the repetitions of these cheesy self-help quotes, the poor execution of surrealism. These are some of my gripes about his works, particularly in most short stories in The Elephant Vanishes, all the stories in after the quake, and in Kafka on the Shore. The latter novel is simply an ambitious mess of puzzle fragments whose seams show at the edges. So I'm a bit surprised with the depth of characterization in South of the Border, West of the Sun. Murakami's mannerisms were still present but they were tempered by the voice of its narrator. The things that don't work well with the other books found their way here in concentrated form but somehow this book resisted the tendency to be mediocre. Perhaps it was because of the straight diction of the book, which can be detected in translator Philip Gabriel's careful words. For some reason, I liked this book as much as I liked Norwegian Wood. The simple writing style evoked authentic feelings of pain and loss. The characters were ordinary (ordinary guy, ordinary person) as the characters themselves are wont to describe themselves, here as well as in Norwegian Wood. Their very ordinariness questioning the extraordinary circumstances they find themselves in, the unusual relationships forged and broken. The narrator's emotional journey progressed through a fair amount of self-examination, an all too honest self-examination that was despairing and yet never totally depressing, never completely succumbing to the blows of life and hate, to the vision of the abyss. The main characters foundered and were lost. But a touch of hope lingered at the end, a generous glimpse of the miracle of existence. The ordinary characters were trying to be brave for the coming of "a brand-new day", here in this novel and in others.

This love story had certain moments of darkness, certain ominous moments. Yet in certain places, it had lightness and buoyancy, the fleeting clarity of an insight. Perhaps an inner truth, perhaps what goes on in the heart.

It's a good story. As clear and transparent as good wine.