The Rings of Saturn: Theater of war 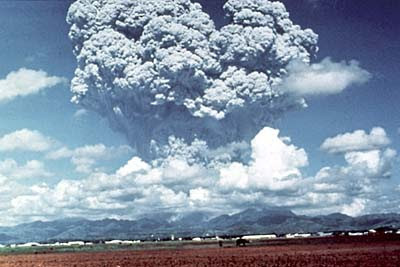 In chapter IV, Sebald tackled the casualties and consequences of the “theatre of war.”

• Sitting on a bench in Gunhill, Sebald imagined the maritime war of May 28, 1672, a war between the Dutch and English fleets in Sole Bay. He mentioned the unreliable depiction of the war in several accounts and how paintings made to represent it “fail to convey any true impression of how it must have been to be on board one of these ships…” “At that date there can have been only a few cities on earth that numbered as many souls as were annihilated in sea-battles of this kind. The agony that was endured and the enormity of the havoc wrought defeat our powers of comprehension, just as we cannot conceive the vastness of the effort that must have been required … to build and equip vessels that were almost all predestined for destruction.”

• The “earth’s slow turning in the dark” reminded him of a quote from Thomas Browne: The huntsmen are up in America, and they are already past their first sleep in Persia (The Garden of Cyprus). He pictured how the earth’s turning on its axis became the signal for human bodies to lie in sleep – “prone bodies, row upon row, as if levelled by the scythe of Saturn.”

• As he gazed at the dark horizon of the sea, the aftermath of a storm, and at the summit of a “massif,” Sebald remembered a dream from years before. The dream is about walking along a mountain range, passing along the jagged peaks. This familiar scene was in fact the same Vallüla massif that Sebald saw from a bus when he was a child. He then supposed that “it is submerged memories that give to dreams their curious air of hyper-reality.”

• Sebald also remembered that just a year earlier he had been in the opposite situation: he was in a beach in Holland looking across to England. He then recalled his travel to The Hague, his checking in at “one of the less salubrious hotels,” and his strolls through the city.

• “No longer able to decide on a place to eat, I bought a carton of chips at McDonald’s, where I felt like a criminal wanted worldwide as I stood at the brightly lit counter, and ate them as I walked back to my hotel.” Is there a commentary here on globalization or Sebald just appears to be feeling jittery and paranoid in his travels to The Hague?

• Going back to his hotel, Sebald encountered a man running toward him and his pursuer “holding a long, glinting knife” which he imagined as piercing his own ribs. He didn’t sleep well that night.

• The next day, he viewed Rembrandt’s portrait of The Anatomy Lesson at the Mauritshuis. Looking at the dissection of the body in the painting affected him deeply and he was only to recover an hour later in front of another painting, Jacob van Ruisdael’s View of Haarlem with Bleaching Fields. The perspective of this painting (“an imaginary position some distance above the earth”) he described in detail.

• Outside the gallery, he sat on the steps of the palais and contemplated the structure built, according to his guidebook, by Governor Johann Maurits. During the opening of the house in May 1644, it is said that eleven dancers that the governor brought from Brazil performed in front the building. Nothing else was known about these performers, they have “long since disappeared, as soundless as shadows…”

• Sebald mentioned how Diderot, in his travel journals, described Holland as the Egypt of Europe. Whereas Diderot described The Hague as the loveliest village on earth, Sebald was not able to say the same thing as he walked its streets.

• He spent the evening in Amsterdam, taking notes on the “stations” of his journey prior to arriving at The Hague: in Switzerland, where he had a panic attack in Baden, in Munich, and in Nuremberg where he visited the grave of St. Sebolt, his patron saint. He recounted the life story of his namesake, from St. Sebolt’s short-lived wedding night to the miracles he performed. In 1519 an intricate sarcophagus which took 12 years to complete, was installed in honor of the saint in the chancel of the church in Nuremberg. The sarcophagus is made up of different figures, including “fabulous creatures and animals” (cf. Chapter I) and mythical figures. On top of it is the sculpture of Jerusalem.

• During the night spent at Vondel Park Hotel, a storm came and Sebald watched it from his window. Through the flash of a lightning, he saw for a fraction of a second a solitary mallard in the garden. In that briefest of time, and with the eyes of a poet, he was able to see the anatomical details of the mallard, down to microscopic “pores in the lid closed over its eye.”

• Sebald’s description of Schiphol airport the morning after was no less than otherworldly. He felt as if the airport was like an anteroom of Campos Elyseos, a street in São Paulo that he read about in Lévi-Strauss’s Tristes Tropiques. Campos Elyseos was a place of villas and residences for the wealthy. It was built at the turn of the century and was now crumbling to pieces.

• A small detail: While waiting for his name to be called at the airport boarding area, Sebald noticed a man reading newspaper opposite him. The front page of the newspaper showed “a photograph of a vast pall of smoke, boiling up like an atomic mushroom cloud above an atoll.” The headline read: “De aswolk boven de Vulkaan Pinatubo.” Sebald was reading about the eruption of Mount Pinatubo in the Philippines. This happened on June 1991, a little more than a year before Sebald travelled through Suffolk county. Mt. Pinatubo’s eruption claimed the lives of over 800 people, caused the spewing of large amounts of aerosols into the stratosphere, and brought ashfall to a wide swath of area, as far as Vietnam and Malaysia. The significant amount of sulphuric acid haze was enough to lower global temperature and to produce a short-term global cooling.

• The view from the plane allowed Sebald to meditate upon the land use and structures humans built over the centuries. He pointed out that at this top view of the world, one sees not a single human being, only the tracks he made on the face of the earth. Our hidden presence behind the “honeycombs of towering buildings” and “networks of complexity” led Sebald to conclude, “If we view ourselves from a great height, it is frightening to realize how little we know about our species, our purpose and our end.”

• This ended Sebald’s long recollection of Holland while sitting on Gunhill. At this point Sebald went to Sailors’ Reading Room which serves as a maritime museum. This is his favourite place in Southwold. Whenever he leafed through the log book of Southwold and deciphered the entries, he is “astounded that a trail that has long since vanished from the air or the water remains visible” on paper. On that “morning” (it’s puzzling how the time suddenly shifted here from evening in Gunhill to morning in Southwold), he noticed a book – a photographic history of World War I (Daily Express, 1933). The book contained pictures of “all conceivable forms of violent death,” all with ironic captions. There are also pictures of people trying to escape the War in the Balkans. Sebald also gave background to a “notorious snapshot from Sarajevo” (June 28, 1914), naming the personalities behind this picture, the assassin Gavrilo Princip and his victim Archduke Franz Ferdinand. This snapshot captured the event which “lighted the fuse” of World War I.

• While sitting in a hotel restaurant in the afternoon, Sebald came upon an article in Independent on Sunday that was related to the Balkan pictures he saw in the Reading Room. The article described the ethnic cleansing operations in 1941-45 in which 700,000 people were killed by violent ways – execution by saws, sabres, axes, hammers, blades, and by cross-bar gallows on which Serbs, Jews, and Bosnians were hanged in rows. The crimes were perpetrated by Croats, Austrians, and Germans. The killings happened in Jasenovac and in other camps surrounding it.

• Similar mass killings happened in Kozara where some 60 to 90 thousand people lost their lives by execution, deportation, working in slave-labor, disease, exhaustion, and fear.

• As an afterword, Sebald mentioned (what was in fact written in the article) that one of the intelligence officers in Heeresgruppe E was a Viennese lawyer tasked to oversee “resettlements” of the surviving victims of the “war.” This person was later to hold post as UN Secretary General and in that capacity (this fact was not in the article) spoke on tape (Wiki says the message was "printed"), a greeting for any extra-terrestrials out there, that was carried aboard the space probe Voyager II. Sebald did not name this person but he was named (as Kurt Waldheim) in the penultimate paragraph of the Independent article. It is interesting to see how Sebald appropriate a news article on the Balkan war crimes in this work of fiction.

• “What manner of theatre is it, in which we are at once playwright, actor, stage manager, scene painter and audience?” – Sebald posed this question about the paradoxical clarity of dreams earlier in this chapter. Readers may as well try to think through an answer.


Some observations on style:

• Sebald (or the narrator of the book, at least) must have been a compulsive note-taker or he has such a perfectly clear memory of his past travels.

• Sebald intentionally produces disorientation. In the Sebaldian world really, the frame of time is “stretched and expanded.” This produces a dreamlike effect and a heightened sense of detail.

• Multiple time shifts between past and present, with the past usually going back to the time of Sebald’s childhood, as if he perpetually wanted to recover his innocence.

• On Gavrilo Princip and the assassination of Archduke Franz Ferdinand

• On Kurt Walheim and his message on Voyager spacecraft