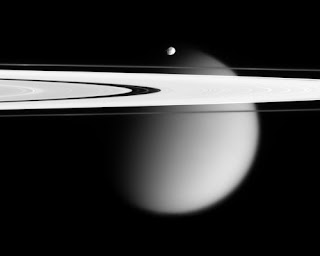 1. Chapter III finds Sebald contemplating the coastlines to the south of Lowestoft. He saw tent-like shelters lining the beach, occupied by fishermen from the immediate neighborhood. Sebald introduced here an ecological theme to his travels.
Among the environmental issues mentioned were the dwindling catches of fishes (possibly due to overfishing or destruction of coastal fish habitats), pollution of rivers and seas by heavy metals and agricultural run-offs, algal blooms resulting to the death of marine species or their mutations.
Sebald then recalled a short film about the catching of herring fishes that he saw as a child in the fifties. From the various sources he consulted (this 1936 short film, a booklet accompanying it, a natural history of the North Sea, traditional knowledge, etc.), he assembled a brief biology and ecology of the herring species.
The narrative took the shape of the natural history of the herring. The physical characteristics, habitat, life cycle, spawning aggregations of the fish were described, as well as their mysterious quality of a phosphorescent glow after death. Myths about the herring were also described, including their remaining alive even after being fished out of the water for some time. The previous abundance (a “catastrophic glut”) in the population of herring was a far cry from the presently declining state of the fisheries.
My favourite sentence in this chapter – “But the truth is that we do not know what the herring feels.”
Is Sebald sounding a deep form of animal rights activism? Has Sebald gone eco-activist here?
2. Sebald’s walk took him to Benacre Broad, a lake encircled by a woodland which is “dying” due to the steady erosion of the beach. The darkening of this coastal landscape called to his mind a news clipping about the death of a certain Major George Wyndham Le Strange, whose manor house stood beyond the lake. Major Le Strange was an eccentric recluse who left his sizeable fortune to his housekeeper. The actual news clipping was reproduced in the book.
Later in his walk, Sebald encountered dead trees fallen from the Covehithe cliffs, saw a sailing boat out on the sea, and chanced upon a herd of about a hundred swine. The scene of the darkening land and the herd of swine reminded Sebald of the parable of the swines of Gadarene in the gospel of St. Mark. Sebald asked himself three questions on the possible meaning of this parable:

- Is this terrible story the report of a credible witness?
- If so, does that not mean that in healing the Gadarene our Lord committed a serious error of judgment?
- Or was this parable made up by the evangelist, I wondered, to explain the supposed uncleanliness of swine; which would imply that human reasoning, diseased as it is, needs to seize on some other kind that it can take to be inferior and thus deserving of annihilation?

3. The sand martins flying over the sea reminded him of his childhood when he watched swallows circling the valleys, “still in great numbers in those days.” He imagined then that the world was held together by the courses the swallows traced in the air. This triggered another memory, that of reading about birds in the story Tlön, Uqbar, Orbis Tertius.
Here’s the passage from the Borges story:

Things become duplicated in Tlön; they also tend to become effaced and lose their details when they are forgotten. A classic example is the doorway which survived so long as it was visited by a beggar and disappeared at his death. At times some birds, a horse, have saved the ruins of an amphitheatre.1

Looking at the birds over the cliffs made Sebald dizzy. Down the cliff he saw a couple having sex on the beach which he associated with the image of a two-headed sea monster.
Sebald came back again to the Borges story, summarizing the story’s first part in fact. The story is about a narrator’s dinner conversation with a friend, Adolfo Bioy Casares (Borges’s friend in real life). They were talking “about writing a novel that would fly in the face of palpable facts.” An oval mirror at the end of the passage to their room caught their interest. Contemplating the mirror led them to conclude that “there is something sinister about mirrors.” Bioy mentioned to Borges a reference about the disturbing quality of mirrors, about the act of copulation, and how both multiply the number of human beings. This reference, attributed to the “heresiarchs of Uqbar,” was supposedly an entry in an encyclopaedia owned by Bioy Casares:

As the story goes on, however, it is revealed that this entry is nowhere to be found in the encyclopaedia in question [Anglo-American Cyclopaedia], or rather, it appears uniquely in the copy bought years earlier by Bioy Casares, the twenty-sixth volume2 of which contains four pages that are not in any other copy of the edition in question, that of 1917.

What began with an apparent discourse on the natural history of the herring in the North Sea progressed into a précis of an Argentinean short story. This chapter of The Rings ended with Borges’s final words in the story3 saying that he is working, at his leisure, on a translation of Thomas Browne’s Urn Burial.
From what he saw or found in his travels or from what appeared to him by chance, Sebald constantly branched out by association with some things remembered or recalled (stories, films, news articles, or books). His focal points of reference were from the immediate (things seen a year before) or from his childhood.
It’s not so much a method of digression but of free association, stitching a pastiche of stories and anecdotes and literary musings and nature history, of stories arising from consciousness but nonetheless sharpened by an idiosyncratic philosophical view of the world.
This fragmentary yet disturbingly unified style seemed to characterize The Rings of Saturn. There is a sort of progression in the narrative through free association so that the images align themselves like planetary rings. The gravity holding them together is the voice of the travel writer: a singular and persistent voice of curious and fatalistic bent.
It’s impressive the way Sebald traversed from one idea to the next effortlessly, indirectly, invisibly like a thread of silk in a fabric of the same color. The almost-hidden stitching showed Sebald to be a master at connecting dots and identifying transparent patterns in an otherwise opaque framework of memory, death, and destruction.

Notes:
1 The passage about the birds saving the ruins of the amphitheatre occurs at the end of part II of the story. The story consists of two parts, apart from a postcript.
2 In the short story the questionable entry was contained in the 46th volume (Volume XLVI) of the encyclopaedia (1917 edition), not the 26th volume:

The following day, Bioy called me [Borges] from Buenos Aires. He told me he had before him the article on Uqbar, in volume XLVI of the encyclopedia…. I told him, in all truthfulness, that I should like to see that article. A few days later he brought it....

The tome Bioy brought was, in fact, Volume XLVI of the Anglo-American Cyclopaedia. On the half-title page and the spine, the alphabetical marking (Tor-Ups) was that of our copy, but, instead of 917, it contained 921 pages. These four additional pages made up the article on Uqbar, which (as the reader will have noticed) was not indicated by the alphabetical marking. We later determined that there was no other difference between the volumes. Both of them (as I believe I have indicated) are reprints of the tenth Encyclopaedia Britannica. Bioy had acquired his copy at some sale or other.”

Does anyone have access to Die ringe des Saturn? Kindly let us know what volume number was mentioned in the original German. Was there a mistranslation by Michael Hulse here? If not, was the mistake made by Sebald a deliberate one? If it was, why? what’s the purpose? Sebald, or Hulse, or the proofreader, misattributed the entry to another volume, and thereby “created” another book with an appended four-page entry on Uqbar. In the process, they may have created another universe parallel to the Uqbar in Bioy’s volume 46. Sebald wrote that Borges’s tale “deals with our attempts to invent secondary or tertiary worlds.” He was making, or may have already made, another world in this book.
3 The end of Part I of the short story, in fact.
Image: Stunning vistas, NASA/JPL/Space Science Institute, 2006.