Upcoming translations from the Philippines

English translation of novels originally written in Philippine languages is a recent phenomenon. In the 20th century, only 6 novels from the Philippines were translated into English. In the last 15 years (2006-2021), some 29 novels were translated. Most of these were bankrolled by local university presses. Only a handful were distributed in print outside the country. These include Jose Rizal's Noli Me Tangere and El Filibusterismo (both translated by Harold Augenbraum) and Lope K. Santos's Banaag at Sikat (Radiance and Sunrise) which was published in December in Danton Remoto's translation. All were part of the Penguin Classics selection. Only 12 (34%) were the works of women writers.

I own 30 of the 35 translated novels. I read 26 of them in original Filipino or in translation. Maybe I should draft a personal selection of which were essential reads from among these.

Anyway, when I write and post a review of several of these books, it was as if I'm writing speculative fiction about books that were part of the Invisible Library. I knew that many readers would not be able to read or access these books, let alone see a glimpse of their spines. It's like I'm creating entries for the Neglected Books Page.

Every neglected book finds its ideal translator at the right time. Every translation will find its ideal reader. Every reader of translation ought to be excited in advance.

So what to look out for in translation from this part of the world in 2022 and beyond? I'm just listing the novels. 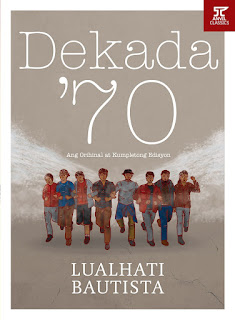 This is the defining novel of the martial law period in the Philippines. From my review 10 years ago:

Lualhati Bautista gained notoriety when Dekada '70 came out in 1984, after having shared the grand prize for the Palanca Award for Best Novel one year previous. This novel about a Filipino family drastically affected by forces beyond their control was a national narrative of resistance against the Marcos dictatorship, against its repression of individual and societal rights and liberties. The story was told by Amanda Bartolome, wife to a dominating husband, mother to five sons, and – as she learned in the course of the novel – woman of her own mind. We found Amanda contemplating her role beyond her family of men, beyond a traditional patriarchy where a woman is only expected to serve a husband and rear children. This even as her world was being swept by the tides of history. [Full review]

The English translation was recently self-published by the author. Penguin is interested in reissuing it for an international audience.

Two novels of resistance from Amado V. Hernandez, a literary master of Tagalog prose and poetry. I've read the first of these (Luha ng Buwaya) and included it in my year-end list in 2012 (see #5). Note that book #6 in that list--Maganda pa ang Daigdig (1956) by Lazaro Francisco--already came out in translation as The World Is Still Beautiful (trans. Mona P. Highley). Crocodile Tears and The World Is Still Beautiful were sister novels in that both shared aspirations of agrarian reform and both dramatized direct resistance against an oppressive land tenure system.

Hernandez was also a well regarded poet and short story writer. His most famous poem "Isang Dipang Langit" is required reading in Philippine literature classes. I posted an English translation somewhere in this blog.

Both novels will be translated by Danton Remoto and will be issued by Penguin Random House South East Asia. The second of this novel, Birds of Prey, was set in World War II during the Japanese occupation of the Philippines. It had an earlier English translation by Estelita Constantino-Pangilinan in 1976 (as part of her master's thesis) which was published for the first time last year. The novel was seen as a sequel to José Rizal's El Filibusterismo. Another Lazaro Francisco novel, Ilaw sa Hilaga, was also a sequel to the same Rizal novel! 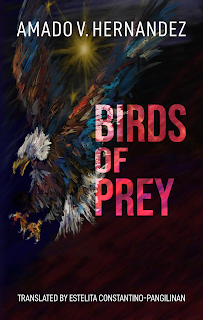 4. A Brief Investigation to a Long Melancholia (1990) by Edel Garcellano, translated by Bernard Capinpin

This is a highly modernist, theory-centric short novel filled with literary allusions of the times. Subtitled "First Book in a Trilogy" (Unang Aklat sa Trilohiya), the novelist never produced the follow up novels. (The same case as in the bilingual novel The Birthing of Hannibal Valdez by Alfrredo Navarro Salanga which was conceived as a trilogy but was never completed.) Edel Garcellano's novel was written in the span of two months when the author was awarded a literary fellowship grant in Italy.

The original book--now out of print--contained the following synopsis at the back.

The novel is the first in a projected trilogy about the life and times of characters who in some ways embody paradigms of a certain regime. Written in the form of science fiction (a method which combines scenario building with parable-like imagination), its illusion of order, in hindsight, was exaggerated in order to critique, so to speak, the ideological contestation between relationship and love, social class and personality. The book's production is also the end-product of contradictions in society: as this was written in Como, Italy, through the beneficence of Rockefeller Foundation, a foreign institution who indulged the author to sit for an extended period of time in a studio, a bittersweet paradox considering the author was not showered any attention by local agencies who were supposedly champions of creative writing. [my translation]

In some ways, this novel was the author's meditation on literary theory, class struggle, and dictatorship while being sheltered abroad. It had a bit of an esoteric feel and yet propelled by a momentum of its own.

Not sure when this is coming out. Bernard Capinpin received the PEN/Heim Translation Fund Grant for this translation project. The judges' citation made the book seem like a literary rock star. 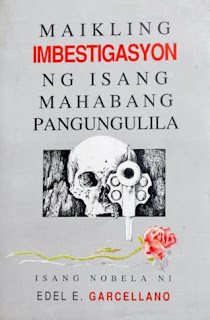 But why stop there? Garcellano's other out-of-print cult novel, Ficcion (1978), was another unclassifiable specimen of collage writing, unapologetically Marxist and post-colonialist, a web of dialogues and anti-colonialist discourse (read: rant) interspersed with blistering stories of injustice, stitched together by quotations from a dubious mix of sources and personages, literary and otherwise: Pablo Neruda, Prince Charles, Beatles, Bob Dylan, Cesar Vallejo, Simone de Beauvoir, Kafka, Andres Bonifacio, Yeats, Newsweek articles, Bible verses, and so on. It was an assemblage of consciousness, a melange of artifacts. The genius was in the assembly. Any translator will have a headache and doubly hard time in replicating the word plays and the spirit of in-jokes. With a title that was the singular of Borges's creations, it was possibly the most formally inventive Tagalog novel.

In many of his online translations, for example, this extract from A Brief Investigation, Capinpin was said to be currently working on a translation of Ang Makina ni Mang Turing. This was another challenging work to translate due to its acrostic nature. I look forward on how he would replicate the game at its center.

The title was a play on words. Turing was a Filipino diminutive for Arturo. Mang in Mang Turing is an address given to an older man as a form of respect. It could be translated as Old Turing but it would then lose its local specificity. The allusion was to Turing machine: more obvious if title is written in the possessive (Old Turing's Machine).

It was a detective novel slash novel of ideas, set in Europe in 1883, in the time period of Rizal, contemporaneous with the eruption of Mount Krakatau in Indonesia. The novel made use of a unique vocabulary, replicating how Filipinos must have spoken or written at the time, a sort of Tagnish, a combination of Tagalog and Spanish. With a puzzle at its center, its thematic concerns were war, war machine, war games, and games. War as prelude to colonialism; colonialism as political objective of war. It reminded me in places of The Master of Go by Kawabata Yasunari.

Here is the opening chapter, followed by my translation:

From our vantage point, we wonder at the folly of history's witnesses bungling their own place and epoch. As we read narratives of history, we shake our heads as we watch them navigate the roads that lead to nowhere. We cannot stop them as they jump at unfathomable seas or as they naively brave murky quicksands that swallowed them whole. We are sure their experiments will fail no matter how many times they try. They will fail repeatedly.

Yet we know from numerous examples that no one is more stubborn than a person who does not accept defeat. Beaten to a pulp, with one eye shut, broken fingers, lying prostrate on a dirty canal, but still uttering over and over like crazy, “The time will come when slaves and masters are no more, when equality of all rises on the horizon ...” 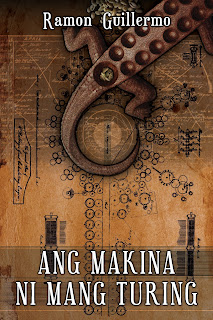 The following novels were recipient of the Translation Subsidy Program of the National Book Development Board. The complete list of grantees were posted here. Their publications are not assured but I sure hope they see print.

6. Ang Larong Nagwakas sa Atin (The Game That Finished Us Both) (2019) by Fe Esperanza Trampe

This is marketed by the publisher as a book for teens or YA. Two high school students of opposite sex compete for chess and vie for a scholarship. Only one will emerge as a winner.

Not a fan of this author. This book is a popular bestseller. I watched a movie version of this book. It was awful. You can check it out in Netflix. I would have preferred if the publisher submitted Si, which is a more mature novel of this author.

I selected this as a favorite book in 2014 (see #10 in this post). My short overview of the book made it sound like a horror story. It's actually spec fic. Or maybe an ecological fable. I'm not sure anymore. I'm also not sure if the translation will appeal to me.

I said I would only list novels. But last year saw print Love Potion and Other Stories by Alvin Yapan, translated by Randy M. Bustamante. I read Bustamante's version of the epic poem Florante at Laura. It was decent but I am still on the look out for the version of Marne Kilates.

Upcoming story collections to be translated into English and worth checking out are:

Kulto ni Santiago: Mga usipon sa Bikol asin Filipino (Santiago's Cult: Stories in Biko and Filipino Languages) by Kristian Sendon Cordero. I read the title story in an anthology called Mondo Marcos and I still could not get it out of my mind. I have a copy of the anthology Ulirát: Best Contemporary Stories in Translation from the Philippines (Gaudy Boy, 2021) and I saw the Cordero's title story "Santiago's Cult" translated by Capinpin. Our Lady of Imelda, Cordero's first story collection (although I saw it subtitled and described as "Two Essays"), is also being translated by Capinpin.

Is There Rush Hour in a Third World Country by Rogelio Braga, translated by Kristine Ong Muslim, is forthcoming from 87 Press (UK).