My wing is ready to fly
I would rather turn back
For had I stayed mortal time
I would have had little luck.
– Gerhard Scholem, “Angelic Greetings”


The Woman Who Had Two Navels and Tales of the Tropical Gothic. Quite a mouthful title for an anthology. I am happy to finally see Filipino novelist Nick Joaquín being made available to a wider audience via the Penguin Classics edition. Coming in April are some of his "tropical gothic" narratives in his famous tropical baroque prose. Apparently, the selections include his several stories and a play from 1940 to 1965. At 480 pages the edition is bound to be a fulsome, moveable feast. In stories like “Three Generations” (1940), “The Summer Solstice” (1947), and “May Day Eve” (1947), Joaquín made a name for himself as a preeminent postwar Filipino writer who displayed a unique approach to storytelling. He fused elements of magic, horror, folk-lore, myth-making, and history into a blend that was entirely unique and alive. I included The Woman Who Had Two Navels (1952) in a reading list of the best Philippine novels in the English language of the past century. The novel is an expanded version of a story of the same title. I do hope that the version included in the Penguin edition was the full novel instead of the origin story so that one would get the full shock value of its mannered telling.

Joaquín dabbled in various genre of writing: drama, novel, short prose, the essay, historical writing, politics and journalism, children's stories, news writing, literary criticism, translation of poems and newspaper columns from Spanish, cultural commentary, biography. In each genre, he used a cosmopolitan approach to writing, balancing wit with drama and sprinkling his prose with some ornate details, some whimsies and whimsical revelations, some occult and mysticism, as in his second novel Cave and Shadows (1983). The inclusion of his famous play A Portrait of the Artist as Filipino (1966) in the Penguin anthology was an inspired decision. The three-act "elegy", which the playwright also labeled as "a novel in the form of a play", was a distillation of his romantic ideas on Spanish Filipino culture, its struggle against modernity and war, symbolized by the protagonists—two spinster sisters—and their tenacious hold on a highly symbolic picture painted by their disillusioned father and inspired by Greek mythology. A Portrait was the writer's statement about art and its role in restoring ceremonial traditions, art and its fragility against the savage wars of peace. The writer was much concerned about the inability of culture (Spanish Filipino customs and ceremonies) to adapt to encroaching lawlessness and to reconcile the history of the past with the chaos of the present. Much like Walter Benjamin's "Angel of History" in On the Concept of History (Thesis IX), after Paul Klee's Angelus Novus (1920), Joaquín's elegiac source spring was looking back at the past with the foreknowledge that the future storm would bring ruin to memory. The play was adapted into a classic 1965 black-and-white film and a modern Filipino musical. In commemoration of the writer's centenary of birth this year, a new musical adaptation will be shown in theaters in the country. 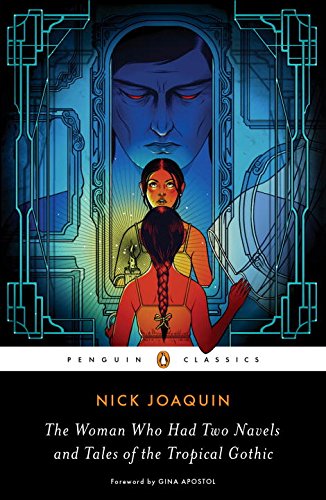