The task of the translator 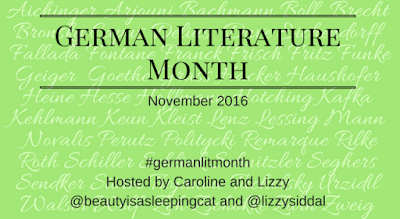 In The Character of Rain, translated by Timothy Bent, Belgian novelist Amélie Nothomb had a gifted toddler-age girl already speaking and reading very well in French and Japanese. These talents she intentionally concealed from her family except her nanny, the only one she had had regular conversations with.

"Do you really understand everything I'm saying to you?"
"Yes."
"You learned how to speak Japanese before you learned to speak French?"
"They're the same thing."
And indeed, I hadn't known there were such things as separate languages, only that there was one great big language and that one could choose either the Japanese version of it or the French version, whichever you preferred. I had not yet heard a language I couldn't understand."


The child was given to understand that that there was only one vocabulary from which she could pick out words in French or Japanese. This was a child who taught herself to read just by flipping books. If there was another language she could learn, then she likely would just expand the vocabulary of her single, perfect language.

In a post-Babel, multicultural world, this belief in a single, coherent language was a perfect dream and a child's wish. This belief in a unifying language was evident in the process and function of translation to combine together languages into a perfect harmony. Walter Benjamin thought so in "The Task of the Translator", his famous and widely anthologized essay that was a staple crop in translation studies:

[Translation thus ultimately serves the purpose of expressing the innermost relationship of languages to our answer. It cannot possibly reveal or establish this hidden relationship itself; but it can represent it by realizing it in embryonic or intensive form.... As for the posited innermost kinship of languages, it is marked by a peculiar convergence. This special kinship holds because languages are not strangers to one another, but are, a priori and apart from all historical relationships, interrelated in what they want to express.]


If Benjamin was to be believed, then translation was the ideal, harmonizing medium to filter and express linguistic meanings and effect. The attempt to transfer what was written from one language to another was an attempt to reconcile discrepant thoughts and philosophy, thereby bringing languages closer (in innermost kinship) together. Ideas in one language might be resistant to translation. Put under the legislating mind of a capable translator, these ideas would be carefully considered and transformed and coded in another language. There was an aura of mystery to this transformation, the transformed idea authenticated or validated by how much it retained or emitted the energizing effect, the echo or reverberation (alingawngaw), of the original.

In another section of his essay, Benjamin asserted that translations were capable of hiding the language of truth.

[If there is such a thing as a language of truth, a tensionless and even silent depository of the ultimate secrets for which all thought strives, then this language of truth is—the true language. And this very language, in whose divination and description lies the only perfection for which a philosopher can hope, is concealed in concentrated fashion in translations.]


Benjamin was obviously talking of good translations wherein the true language hides. In his essay, he took great pains to characterize the "unrestrained license of bad translators" [2] who were mainly concerned with the transfer of "inessential content" (di mahalagang nilalaman) and suffering from literalness. Literalness was not entirely evil in design. In fact, Benjamin understood that the desire to be faithful to form (yet another way of being literal) impedes the transfer of meaning. Translation as a balancing act meant a text's fidelity (literalness) to form was considered alongside freedom to diverge from form and content.

But negative formulation to define bad translations could only get one so far. It was only Benjamin's entry toward exploring the issues of translatability, liberation of meaning, and the hidden poetry in languages.

Unity and truth in language (through the translation medium) were concepts leading toward the dream for another language. Here we were given an optical image of translation as facilitating the view of the original through transparent lenses.

[It is not the highest praise of a translation, particularly in the age of its origin, to say that it reads as if it had originally been written in that language. Rather, the significance of fidelity as ensured by literalness is that the work reflects the great longing for linguistic complementation. A real translation is transparent; it does not cover the original, does not block its light, but allows the pure language, as though reinforced by its own medium, to shine upon the original all the more fully. This may be achieved, above all, by a literal rendering of the syntax which proves words rather than sentences to be the primary element of the translator. For if the sentence is the wall before the language of the original, literalness is the arcade.]


It was translation that had the capacity to recall pure language, to build the wordy edifice of an expansive novel, sustained and animated by the power of the original novel, with a renewed and renewable force of imagination. The transparent prose of that great novel was the "arcade" or bridge that conveyed stuff both familiar and mysterious, recognizable and strange.

A language of unity, truth, and purity was a language against intolerance, wars, colonialism, racism, and tyranny. Linguistic translation as a liberating force against misunderstanding: this, for Benjamin, ought to be the translator's duty: Ang palayain sa kaniyang sariling wika ang wikang wagas na naengkanto sa banyagang wika, ang palayain ang wikang napiit sa akda sa pamamagitan ng muling pagsulat dito. (To release in his own language that pure language which is exiled among alien tongues, to liberate the language imprisoned in a work in his re-creation of that work.) [3]. Pierre Menard was turning in his grave.

Coroza based his Filipino version of the essay on three translations: two in English (by Steven Rendall and Harry Zohn) and one in Spanish. All passages in English translations were from Zohn's translation of the essay, in Walter Benjamin: Selected Writings, Volume 1, 1913-1926, edited by Marcus Bullock and Michael W. Jennings.

3. A literal rendition of the Filipino can be: "To liberate in his own language that pure language which was enchanted within the foreign language, to liberate the language incarcerated inside a work through rewriting of that work."