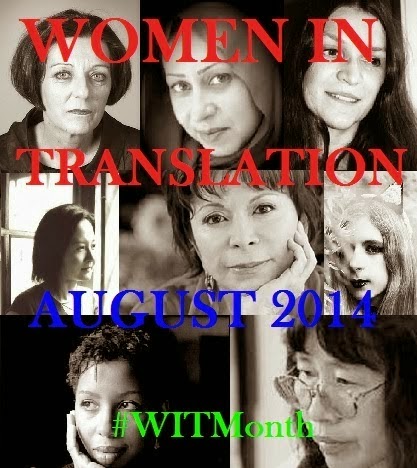 The epochal title of Malou Jacob's book of plays hinted at how its subjects remain as the defining (and lasting) events in Philippine history. The martial law and the rise of communism in the Philippines during the last quarter of the twentieth century continued to cast their dark shadows in the present and are still expected to shape the future of political landscape of the country.

The two plays appeared in Filipino and English. I'm not sure which was the source language and which the target language of translation. The plays might even be simultaneously written in the two languages. In any case, I submit this review for the Women in Translation (WIT) Month, organized by Biblibio.

In "Country in Search of a Hero", Jacob investigated the supposed heroism of dictator and strongman Ferdinand Marcos. Subtitled "A Political Satire" and set in the afterlife, its comedy was unrelenting although the history lessons were quite painful. How can a country be great when its youth were tortured and killed? That question asked by a character (an angel) in the play was, in a nutshell, the basic question haunting the two plays by Jacob.

A celebration in heaven meant to honor the heroes of the country was interrupted when Ferdinand Marcos insisted his heroic status and appealed to God, St. Peter, and the angels to recognize his contributions to national development. In every argument, Marcos was rebuffed by several dead witnesses who refuted his pronouncements and brought into light his transgressions against his people and the country.

One of the witnesses, Edjop (Ed Jopson, a real life based character) detailed the crimes perpetrated against the youth during the dark days of dictatorship.

Some friends and others I don't know, clobbered to death or shot at by the police. The four student martyrs of the First Quarter Storm ... There, that's Purificacion Pedro. She was only twenty-eight, a UP [University of the Philippines] graduate when she was arrested. She was accused of being an NPA [New People's Army]. They shot her and beat her up with rifle butts. After they brought her to the hospital and she recuperated, they gang raped her and hanged her by the neck with her brassiere. That one there is Teotimo Tantiado, he was only seventeen, a student. That is Ariel Roberto Roce, a high school scholar; Crisanto Lomokso, eighteen; Crispin Villaflor, twenty; all tortured and killed. That is Ferdinand Oaing, Richard Escarta, Liza Balando, Benjie Jallores. Over there is Liliosa Hilao. Beside her, Lorena Barros. That is Nick Solana, and that ... Eman Lacaba, the poet of the revolution.


"Country in Search of a Hero" probed the deleterious effects on Philippine youth of the militaristic adventures under the Marcos regime. Marcos's crimes stood in stark contrast to the playful tone and setting of the satirical play. Also present to disprove Marcos's heroic exploits were Roger (Rogelio Roxas), from whom treasures of gold were allegedly seized by Marcos's men, and the ghosts of the Manila Film Center who were workers buried alive in an accident during the construction of the building in 1981.

The satire's reliance on infamous aspects of the Marcos regime was effective for building a new radical consciousness out of myths and urban legends of the Martial Law period (such as the golden buddha/Yamashita treasure and the ghosts of Manila Film Center). The "diplomatic" ending of the drama, however, with Marcos being resurrected to right his wrongs, downplayed the entire premise of the satire. Perhaps it was a reflection of the conflicted ways Marcos was viewed by certain Filipinos at present who could afford to be forgiving and forgetful of the past simply because they did not have a sense of history.

In the Filipino version of the first play, it was notable how Marcos spoke in straight English without exception in his dialogues. This fact was of course lost in the English version. His use of English in conversation deliberately contrasted with the language used by the other characters, particularly the character witnesses against him. This was not only a linguistic device but a cultural or class representation of the elite and oligarch as represented by Marcos. In ordinary Filipino conversations, English speaking can have derogatory connotation and straight English speakers are sometimes discriminated against or are labelled as coños which in the Philippines means rich people or those from a rich family.

"A Significant Life", the second play, investigated the direct effects of communism on a nuclear family due to the diaspora of revolutionary parents to the countryside. Bert was a tenured university professor whose upward career movement was almost assured in the coming years. He was, however, attracted to the "underground" life and became an "intellectual cadre" or trainer of young revolutionaries on the theory and philosophy of Marxism. The political turmoil in the 1960s and the rise of Marxism among the progressive youth led to the founding of the armed group of the Communist Party of the Philippines, the NPA or New People's Army, to which Bert joined.

It was to Jacob's credit that she presented one aspect of Philippine communism that was seldom discussed: the human rights abuses of the communists themselves who tortured and murdered their own comrades. The character of Bert discovered a failed application of communism when certain rebels were wrongfully accused of being informers and were tortured and killed in the process.

DELIA: We need you now more than ever. The peasants need you, the workers need you. Have you forgotten all the good things we have done for them?

BERT: All that we have done pales in comparison with the biggest human rights tragedy that we have inflicted on our comrades. We have become the greatest human rights violator surpassing the military ... No, it's no use. [...] You have all become militaristic! The socialist mind is gone!

DELIA: You're too harsh.

BERT: You have become the enemy. So, what are you fighting for? You have blood on your hands.

DELIA: We always had blood on our hands. That's what revolution is all about.

BERT: I never had blood on mine. And I am a revolutionary!


Meanwhile, Bert's wife and daughter whom he abandoned in exchange for his revolutionary activities were living their own lives. Pia, the daughter who never knew her father, continued to dream of her father's return. Bert started to question his loyalties to the NPA and to assess whether he made the right choice of leaving his family behind to pursue a certain political ideal. His daughter's abuse at the hands of another man during his absence was an indication that he probably made the wrong choice.