Shadow Without a Name 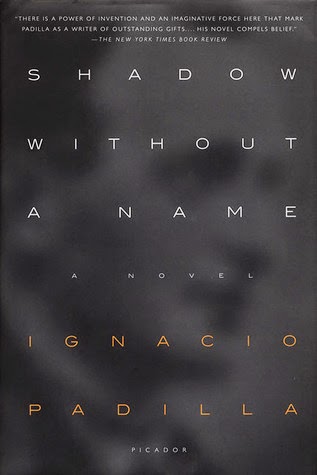 An adept chess player, my father used to say whenever he explained a masterly move to me, recognizes immediately, even in the strangest of circumstances, those who are his peers. However, he embarks on a game only when he is sure he has measured his opponent's strengths, and never – absolutely never – will he wager on the outcome anything less than his own life. I don't know which of the two made the initial proposal, or at what ill-starred moment the board eventually made an appearance. I do know the game's parameters were soon starkly defined, through the haze which clouds the rest of the story. If my father won, the other man would take his place on the eastern front and hand over his job as pointsman in hut nine on the Munich-Salzburg line. If, on the other hand, my father lost, he would shoot himself before the train reached its destination.


The wager could not have been more rash. It was a calculated risk, as every momentous situation in this novel was. A man (or his opponent, it was not clear) decided to challenge the other to a fatal game of chess. This was all the novelist's doing, we might say. He made the two do it. The novelist's selection of details – seemingly random but actually momentous details – were the engine through which ordinary confrontations became extraordinary. Suspense hang in the air precisely because the initial conditions were set up to make it appear as if there is a higher intelligence at work whenever the strangest of circumstances end in something definitive. Something like death or defiance of death. That form of intelligence could just be a shorthand for destiny or fate or God. But we were in the realm of fiction, and even our reliance on the decadence of the fantastic or the surreal had to be contextualized in secular (literary) terms.

The game of chess, its decisive outcome, was perfect representation for the ways a novelist adopts a strategy, moves his pieces around according to his plan, and goes for the kill when the opportunity arises. At the back of the characters, with all their attendant complexities and motivations, we tended to assume it was the novelist who was doing the pushing. Behind the novelist, it was harder to see who was in control.

In the second part of a poem by Jorge Luis Borges called "Chess" (trans. Alastair Reid), the idea of God's enabler was raised.

Faint-hearted king, sly bishop, ruthless queen,
Straightforward castle, and deceitful pawn—
Over the checkered black and white terrain
They seek out and begin their armed campaign.

The player too is captive of caprice
(The words are Omar’s) on another ground
Where black nights alternate with whiter days.

God moves the player, he in turn the piece.
But what god beyond God begins the round
Of dust and time and sleep and agonies?


Ignacio Padilla's novel Shadow Without a Name (Spanish title: Amphitryon) was a game of chess. There were certain movements and exchanges of pawns but we were never really sure what comes next or which piece will be sacrificed. The commanding free will was as opaque as the face of a seasoned chess player.

In the opening game of chess at the start of the novel, one man wagered his life, the other his identity. In the second game, we learned that the man who lost his identity was himself an impersonator. And so on. There were multiple identities being exchanged and replaced, like a pawn who was finally promoted to another piece. The many chess games played in the novel and the deadly wagers behind them took place during the two world wars and the Nazi occupation, right up to the trials of infamous Nazi soldiers.

Tension was generated in the novel through the multiple shifts in time and place. In four chapters, four chess players narrated the exchanges of identities. Four narrators; many games of chance. The transfer of character identities was also the transfer of evil. The identity of evil was seemingly the puzzle being constructed, a puzzle whose solution was withheld because, in the first place, the objective of the puzzle was always to prevent it from being solved.

I meditated on the surprises the unchained beast of memory might hold in store. I thought of Efrussi, of the loneliness of boys isolated by their fathers' designs. I could almost hear him dragging his feet on the way to synagogue, as if the mere idea of flaunting his Jewishness through the streets of Vienna was an unbearable weight upon him. I also conjured up his innumerable precocious chess victories, always gained under the watchful eye of his father, who strove to turn those childhood victories into public demonstrations of the superiority of his people. More than a game for the jeweller, chess was the indisputable proof of a collective identity of genius, bred in his son across millennia of persecution, diasporas and fearful defence of a racial consciousness maintained through pain and blood. [emphasis added]


The twentieth century, like the previous ages – like the present – was the age of chess. It was the age of prejudice and racism. Black and white were forever opposed to one another. Intolerance was like a dominant genetic trait. The contentious spirit of the game, the violence embodied in its competitiveness, was constructed in dueling persons, in nations at war or in conflict. In one story by Borges, the indisputable solution to the puzzle was staring right in front of us.

“In a riddle whose answer is chess, what is the only prohibited word?”

I thought a moment and replied, “The word chess.”


The novel's fascinating structure of changing points of view produced a riddle whose solution was still a few more moves in advance to be discerned just yet. The puzzle – the nature of evil – we could hardly detect because there were just too many pieces and they obstructed the larger view of the board. In the end, one sensed the passage of evil in history or one took a whiff of its utter banality. Or perhaps another puzzle behind the puzzle begins to form, begins the round of dust and time and sleep and agonies.


July is Spanish Lit Month, brought to us by Stu and Richard.