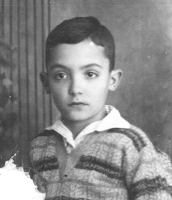 Margaret Jull Costa's profile of José Saramago can be read "online only" at Granta. What caught my eye was her quote of Saramago in an interview, discussing the point where he realized a way to proceed more effectively with his storytelling, the very point of his transition to a "non-punctuated style".

I was already at the twentieth section of the book [Levantado do chão (Raised from the Ground)] and not very happy with it, when I realised how it could be written. I saw that I would only be able to write it if I did so as if I were actually telling the story. That could not be done by putting so-called oral language into writing, because that’s impossible, but by introducing into my writing a mechanism of apparent spontaneity, apparent digression and apparent disorganisation in the discourse. I say ‘apparent’ since I am only too aware of how much work it took to ensure that it turned out like that.


I underlined "apparent spontaneity ...". It described a realistic style which I find very absorbing, a style in which method is closely tied to content and form. It's the same spontaneous style one can also detect in César Aira and Javier Marías. Spontaneity in these writers can be a result of a desire for "authenticity" (I use this term loosely, as it has many pitfalls).

Margaret Jull Costa analyzed this writing style (which is closer to that of Marías whom she also translated):

In reducing punctuation down to commas and full stops, in letting a sentence follow the natural digressions of thought, Saramago cuts himself free from the straitjacket of conventional realistic literature, allowing himself, as narrator, to carry the reader along on the wave of those thought processes, those digressions. [...]

One cannot help but see this egalitarian approach to both punctuation and narration as an expression of Saramago’s declared anarcho-communism and atheism, as cocking a snook at orthodoxy and authority, be it God or Government, and as a way of privileging the spoken voice, the ordinary human voice. [...]