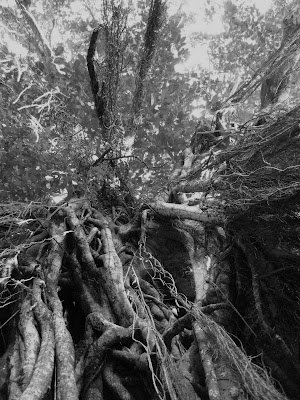 Note: This review may contain spoilers.


The reference code, according to the French thinker Roland Barthes, is that mode of writing characterized by a confident appeal to a universal (or consensual) truth, or a body of shared cultural (or scientific) knowledge. This appeal can be made on a text loaded with cultural references that are constantly being alluded to, elided, or inverted. The rich commonsensical and supernatural beliefs and belief systems can be the text's sources and materials—the references. The entities which the symbols fashioned after them refer to the writer's referents. The seamless integration of reference and referent constitutes an artist's repertoire of the reference code, also called the cultural code.


As an example, the reference code is the mode of analysis that the über-critic James Wood used (in his guide book How Fiction Works and in his other review essays) in interpreting the fictional works of Leo Tolstoy and José Saramago. The writings of these two novelists are grounded in naturalism that are floating in a sea of imaginative events. The repetitive appeal of these writers to everyday-life acts and situations, including their character's surprising responses to (actual) experiences, shapes a narrative that is reference-driven. The schema and structure of their novels themselves are designed in such a way as to capture the references.


So what gives, this painstaking introduction?


I see no reason why the reference code cannot be applied to the reading of graphic fiction. In comic books we see scenes boxed and captioned, progressing in their visual narrative through the accumulation of details. Comics is a medium most receptive to the omniscient point of view, a major requirement of the free indirect style of narrative progression. Visually at least, we are privy to the introspection of the hero, the frozen details captured in a swirl of action. The illustrations and texts strive to communicate verisimilitude and references. Taken as a whole, the graphic's universe is a frieze or a tableau, built up from its constituent references and can itself be an ultimate reference point.


The weird world of Trese, as written by Budjette Tan and illustrated by Kajo Baldisimo, is one such universe rife with mysterious happenings and references. The Philippine mythos and legends are the references. The referents are the unusual suspects—the white lady, the tikbalang, the nuno sa punso, the Santelmo (St. Elmo's fire), and the superhero. All these figments appear in a new light. Tan and Baldisimo have successfully reinvigorated the mythos with new meanings and they have provided new ways of looking at their indigenous source materials. It is a great credit to them that they have given a deep interpretation of Pinoy mythos in the modern setting. They have commanded deep respect to their material and sources.


Take the case of the "double dead" white lady, the first case in the first volume of the series (Murder on Balete Drive). The story starts simple enough but then suddenly the weird takes a turn for the weirder. Alexandra Trese, the "para-crimes" consultant, investigates a case where a white lady was found murdered. Clearly the logic of Trese operates within a dimension where the unwritten rules of the otherworldly are meant to be violated, that is to say, where everything is possible. The goal is perhaps not so much a quarrel with clichés but peacefully working around them. After all, there will always be white ladies in Balete Drive, so we might as well permit the killing of them once in a while.


The reference code here operates on the simple idea of the immortality (or rather, mortality) of ghosts. This unique variation, an inversion, is novel enough, but around this neat trick, the story is given perfectly fitting details, each of them also grounded in manipulated references—the consultation with a resettled nuno sa punso, the fine dust made from a truly exotic material, and the aswangs (ghouls).


The three other cases in Trese 1 demonstrate the skillful use of the reference code. The second case ("Rules of the Race"), that of an unbeatable drag racer, is another refurbished look at a supernatural being. In the race, as in the world of Trese, there are in fact no rules and whatever remains of the rules are to be bent. From tell-tale hoof prints found in the scene of a car accident, Alexandra Trese, aided by her opposable emoticon-masked twin sidekicks (charismatic characters, they are), begins her investigation and proceeds like a vampire, sniffing the elusive imprints of a delinquent underworld. In these cases, Ms. Trese's unearthly-like informers are "slightly" cooperative, and they hide where you least expect them: in a manhole, in a penthouse suite of a tall tower, in a spa.


The fourth case ("Our Secret Constellation") is something else. It is a masterful rendition of the story of fallen heroes. Sure enough, heroes and villains here are permanent fixtures of old Pinoy comics. But what else can be gleaned from them? The genius here is in the slow realization, in the slow recognition, of the identities of characters and their tragic situation. The genius here is in how it portrays a destructive force that is love, in how it can be the true weakness of a seasoned hero, yet with another referential twist to the superhero myth: a nod to the psychological repercussions of sibling love, love that is too much, too sensitive, too loving. For strangely enough, love is a recurring theme in the first Trese installment. The fragility of love is such that it can be misguided, misdirected, and distorted. The hero is out to save the world, her willpower and dedication will propel her to achieve her objective (fight evil), but she can, will, never control the force of feeling around her.


Love is a primary motive for perversion, in its varying permutations in the four cases handled by Ms. Trese. To save the world with just a swallow of a stone. How does one invert that innocent notion? That simple act, of swallowing a stone, can also turn innocence into monster. It is perhaps one of the greatest homages one can give to Philippine comics artists like Mars Ravelo: to produce a work that is not just sheer parody of one's creations but a recreation and inversion of meanings and possibilities. It is after all in the Philippine komiks that these references are popularized. The referent-creatures may be borne by folk fairy tales and oral traditions, but their appearance in Philippine komiks is the major instrument in the cultivation of our generation's consciousness of them, their aesthetic and their cultural value.


The first four cases told in the first volume of Trese herald a new appreciation of the tradition of Philippine comics. Their creators' handling of the reference code is done with glee and panache. The art work, black and white grit, illustrates a city that is full of seething passions and black motives. The landscapes of the supernatural and superheroes are confidently resurrected with a nudge to the impossible.


Trese is now at the forefront of a new interest in Pinoy comics. And it now inspires a well deserved cult following. In the byways and pathways of Trese, be it in Balete Drive or C-5, Paco or Malate, are creations and creatures which can be referred to their original templates but which, when viewed from the perspective of the reference code, will easily hold their own.


In re-mystifying rather than demystifying Pinoy mythos and urban legends, Tan and Baldisimo upended an old set of references, imbued the perception of meanings with extra-sensory recognition, and created an alternative framework from which to view supernatural realities, replacing old spectacles with a new set of contacts.


Hold on to your references. Trese continues with the second volume, Unreported Murders. And something I look forward to: The 3rd volume is out.

(The above photo is of the enchanted hundred year old Balete tree of Siquijor Island, which my friends and I visited on September this year.)
Posted by Rise at 3:58 PM