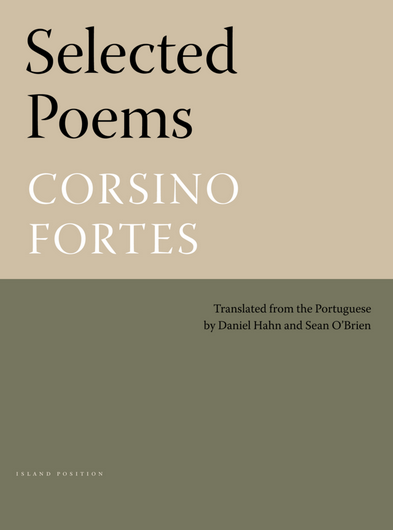 "All of parting is power in death / And all return is a child learning to spell", wrote the Cape Verdean poet Corsino Fortes (b. 1933) in a selection of poems made available in English this year. These lines ended the poem "Emigrant" from his first collection of poems Pão & Fonema (Bread & Phoneme, 1974). The emigrant's homecoming and leavetaking were equated with learning her native language. The emigrant's own return perfected her learning through mastery of the language.


Language was the life-force that kept the emigrant moored in the world, her loyal companion and the educational standard by which she measured her adventures. The reference to Amílcar Cabral, the assassinated Guinea-Bissauan nationalist leader, made this poem a part of nationalist contemplation.

The two collaborating translators, Daniel Hahn and Sean O'Brien, evoked an English that must have wrestled with the poet's non-standard Portuguese. It seemed to be a methodical process: Hahn prepared a literal translation from which O'Brien crafted a final version. [For a glimpse into the delicate balancing act that the two translators follow in their rendering of Fortes's poems, see (or listen to) their version of and their illuminating notes to "Postcards from the High Seas".]

Fortes used Cape Verdean Creole in writing about African islands milieu. It was an organic language whose remnants in English was evident from powerful imagery, as in "Gate of the Sun", where African children are like the very islands they hail from.


The "diphthong of milk" denoted a dual or hybrid language or consciousness or race that marked each child's identity. Fortes was asserting his linguistic heritage using images that recognize the power to express one's cultural, dialectical spirit. The influence of geography ["its lung was / torn from the map"] in the makeup of a child was significant but did not make a complete breathing being. "The child" was once again invoked, for every citizen was a child of circumstances: the sum total of a child's life experience in an island was not only the island but her linguistic relations and transactions.

Fortes was a proponent of indigenous culture. His education abroad and occupation as diplomat probably made him an observer of cultures and a champion of his own chaotic tradition. As he declared in "Act of Culture"—a poem  from Árvore & Tambor (Tree & Drum)—culture and expression are intimately linked (by chaos, if you will). The "drum on a tree" was in fact the poetic image from which this chaos was mapped out.

How the sound swells in the fruit: the drum
Is on the tree
And opposed to erosion: the politics of seduction

'If the destiny of man is ceaseless labour'

The word love has no mouth to its river


"Dynamic expression" was what Fortes was able to convey in his singular poems. "Old chaos" was visualized in the above poem itself where the swelling sound of the drum-like fruit, an auditory sensation, shared space with the "politics of seduction", a Sisyphus figure ["ceaseless labour"], and love that lacks a river mouth. This melange of seemingly surreal but actually organically delicate touches was a characteristic of the poet's output.

His description of the works of the artist Tchalé Figueira, in "Three Canvases for Tchalé Figueira", was not now surprising, considering the vibrant poetic strokes of the lines. Fortes painted his own canvas, as the conjuring of vowels from words, of letters or diphthongs, show:

The landscape was throwing stones at children
As ... if nature were
A weapon to be aimed
And the children were stoning life itself
As! If the 'lh' of 'ilha'
Were the wound left
Between the coin of the body and the price of the soul


In Selected Poems of Corsino Fortes, the reader was given a well distilled, well calibrated version of an African/Cape Verdean/Portuguese poetic sensibility. "Between jazz and painting", the poems had this transporting sense of language and of place.